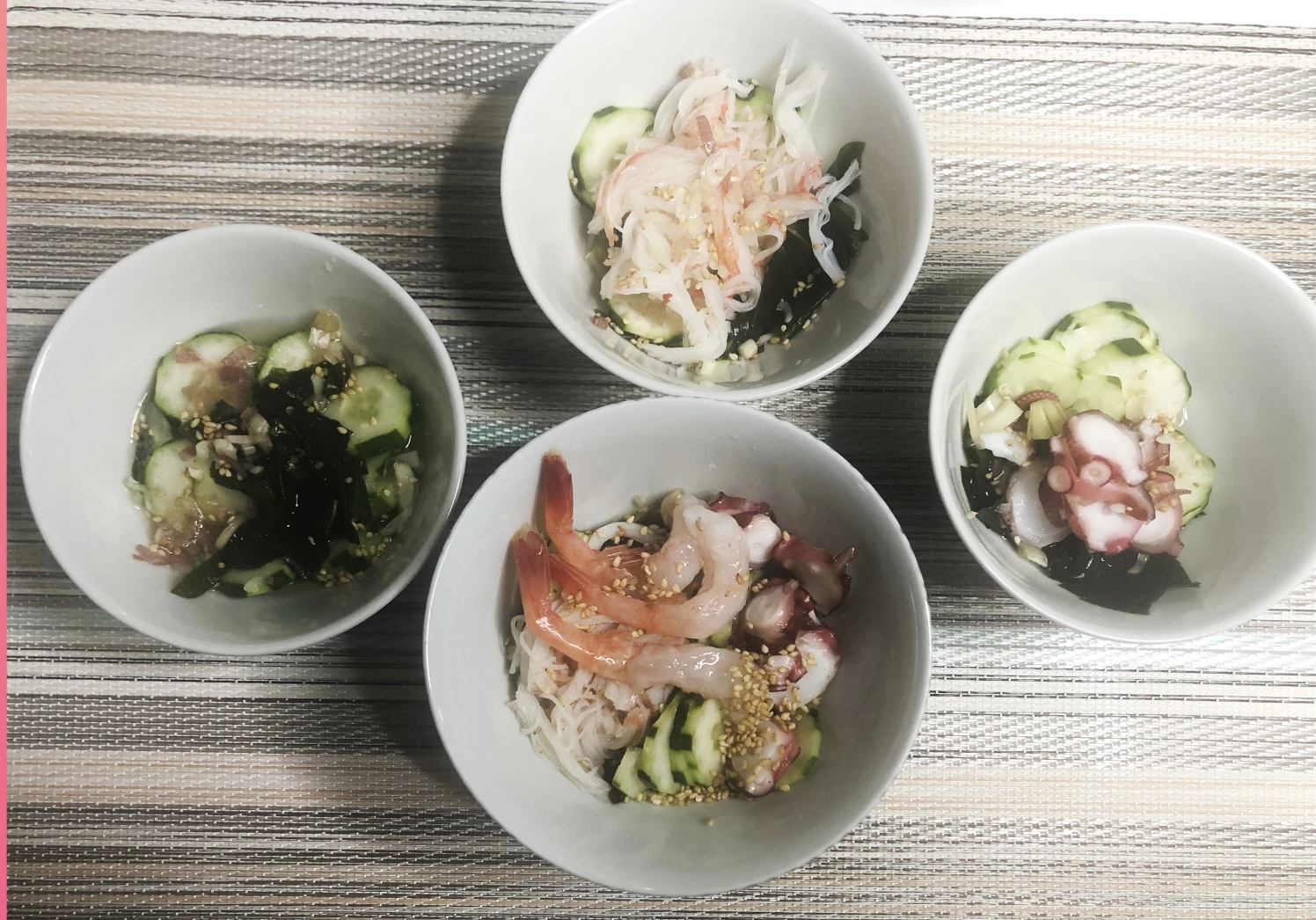 Sunomono is a delicious and refreshing appetizer served in Japanese restaurants. Su (酢)is the Japanese word for vinegar, and mono (物) means “things”. Traditionally, sunomono is made with cucumbers and seaweed (also known as wakame), topped with sesame seeds and soaked in rice vinegar. Raw or cooked seafood can be added, as can any assortment of vegetables and herbs.

Here are four different variations of sunomono. All of the recipes use the same vinegar sauce and start with the same basic ingredients, cucumber, wakame, Japanese ginger, and sesame seeds. If you do not have Japanese ginger, you can make it without, or substitute a small slice of lemon, some chopped shiso leaf, or other herbs to create your own unique flavor.

The recipe also calls for rice vinegar, mirin (which is a Japanese sweetener), dashi-soy sauce, and wakame, which are all readily available at any Asian grocery store or online through Amazon.  You can also make your own dashi-soy (see the notes below).

When using other fish or seafood, I recommend using raw sashimi grade fish, but for those who do not care for raw fish, then steamed or smoked fish can be substituted.